To assist the social startups of the SKEMA Business School community, SKEMA Ventures has launched the SKEMA Social Ventures Awards contest. Startups that have been incubated in SKEMA Ventures are invited to apply before July 24 to be eligible for a chance to win.

SKEMA Ventures’ team, SKEMA’s finance department, and the SKEMA Foundation management will evaluate the projects based on the following criteria: 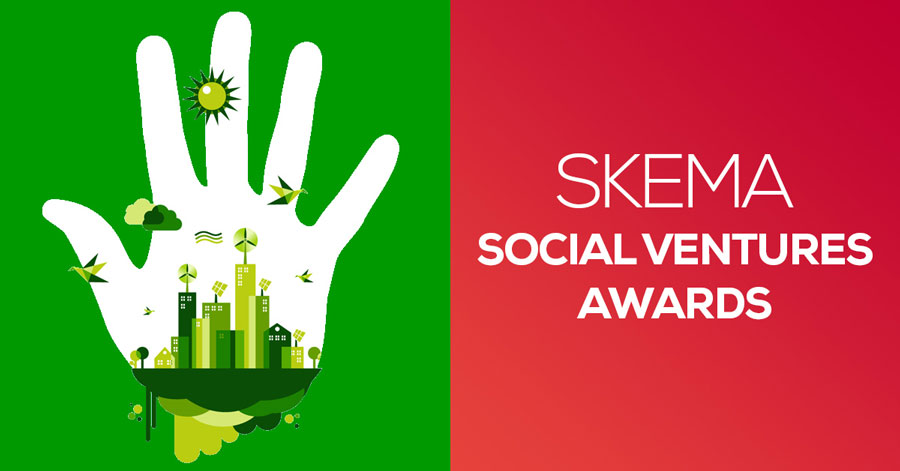 The jury will choose five projects for the award and allocate the prize money as follows:

Candidates for SKEMA Social Ventures Awards will have to provide proof (quote, budget proposal, and so on) of the present or future allocation of the award funds to the SKEMA Ventures team.

The deadline to apply for participation is July 24. Click here to apply.

Thanks to the awards, the five winners of the 2019 edition could speed up the development of their projects and take them forward.

Cannelle Danzelle, who won the first prize for her project L.BOX, is making good use of the funds she received. “I’m using the award money for creating my website and developing the logo and a complete visual universe that will be used for my crowdfunding campaign,” she said.

Easy V founder Pauline Gane, who came third last year, had received an award of €4,000. “This financial endowment was invested in internal training on emotional intelligence and especially soft skills, which allowed us to advance workshop costs while awaiting payment from our client. We have also invested in the redesign of our website so that it can better reflect the evolution of our activities,” she explained.

Souleymane Souhare and Madina Toure, the project holders of Soutratrans which won the fourth position, invested their prize money to develop their mobile application and optimize the user journey. They also created a website. “Our mobile application is now available on PlayStore and the App Store. We are also working on the next version of the app which will give users more fluidity,” said Souleymane.

Winners of the award will be announced at the end of August. Details regarding the award ceremony will be communicated later. All the best to all the project holders!