Mike Nolet, co-founder of LiveBetter and AppNexus, will be delivering a talk online on April 16 between 12pm and 1pm (Paris Time).

He will discuss on:

Mike is the co-founder of an early-stage startup, LiveBetter. LiveBetter leverages techniques and technologies originally perfected by advertisers to help people be happier, healthier and more satisfied; the technology was acquired by Ginger in March 2020. 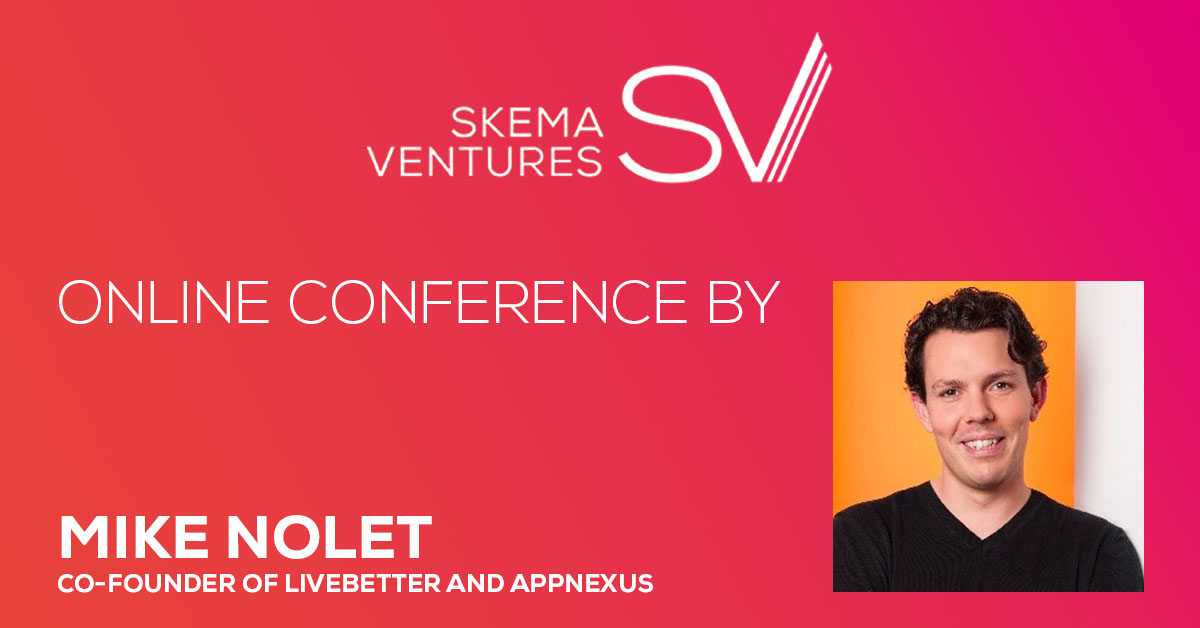 Prior to this, Mike was the co-founder and CTO of AppNexus, the world’s largest independent online advertising exchange that handles over 10-billion transactions a day (more than the NYSE and Nasdaq combined). While working there, Mike led the design and development of the core technology platform, recruited over three hundred team members across six offices, and helped the company through five institutional fund-raising rounds totaling more than $225M until an ultimate exit to AT&T in 2018 for $1.6B.

Earlier in his career, Mike was the director of analytics at Right Media (acquired by Yahoo! for $850M in July 2007), where he designed and managed key applications, including predictive optimization and inventory forecasting. Mike’s entrepreneurial career began at the age of 15, when he sold his first software application, and continued at Princeton University, where he studied economics.

Come-up with questions: While Mike will spend some time sharing his experience, he is open to taking some questions from the students (alongside those from Prof. Nicolas Servel).

The conference will happen via Zoom. You can join it through this link.