Close to SKEMA’s Sophia Antipolis campus, we are fortunate to have a company which is a world leader in digital security — Gemalto. Valued at €4.5bn, Gemalto has a turnover of close to €3bn and has just been taken over by Thales.

But, like any other company, this digital security firm began with a vague idea of a product and market, a small team of passionate people and no clients.

Recently, students of SKEMA’s Master in Entrepreneurship and Innovation program had the opportunity to listen to a lecture by Remy De Tonnac, one of Gemalto’s co-founders.

In the lecture titled ‘Lessons of life from an Old Monkey’, Remy shared his experience and the lessons that life has taught him as an entrepreneur. He was part of the founding team of Gemplus (before it became Gemalto) which grew from €0 sales to €1bn in ten years. The company is now valued at €4bn and is a world leader in digital security. He subsequently joined a VC firm before jumping the fence again to lead Inside Secure as a CEO, until its IPO. After this great experience, he joined a Venture Capital firm, ETF Partners, where he is now a Partner.

ETF partners invested, amongst others, in Vulog — a startup initially founded in Sophia Antipolis — where Remy is now the chairman of the Board. Vulog recently raised $20m.

Here are a few insights that Remy shared with the students:

In times of crisis, take the initiative 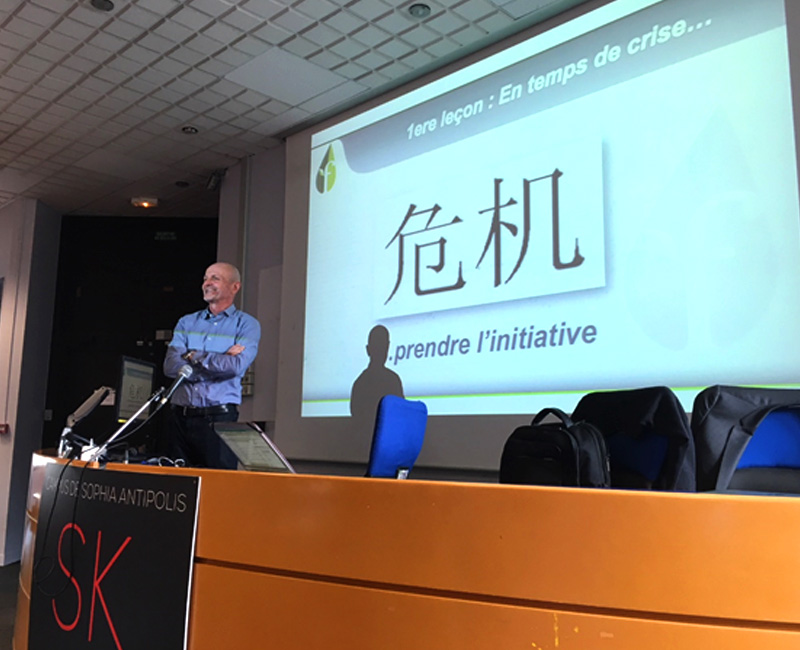 Never ever give up

During his four decades of experience, Remy had many ups and downs. He gave a few examples where the people who really made a difference were those who walked the extra mile and kept going where others had already given up.

Complacency can kill you

Remy talked about the meetings he had with the top management of leading smartphone manufacturers about 10 years ago who were laughing at Apple during the launch of the iPhone. These companies were the market leaders at that time but have now filed for bankruptcy. Apple, meanwhile, now has more cash than the U.S. Treasury. Besides, there’s a possibility that Apple could become the first company ever to reach $1,000 billion of market capitalization at some point in the near future.

Patience (and deep pockets) are required in technology

As a VC, Remy invested in Inside Secure which developed the NFC technology in 2002. It took 15 years for this technology to become mainstream and, in the first 5 years, the market was extremely slow in adopting this technology.

It was a fascinating talk which was immensely appreciated by the students and many found it to be truly inspiring!

SKEMA Ventures Bootstrap workshop: get your project off the ground